What is a follicle?

It's what creates your menstrual cycle, and allows you to become pregnant. Follicles are found in your ovaries, and at the beginning of each cycle, a few of them begin to grow bigger. They each contain and nurture a potential egg, but only one follicle outgrows the rest and manages to release the egg during ovulation. This process occurs every menstrual cycle due to fluxes of hormones.

Between the sixth and ninth months of the growth of a female fetus, the very first, primitive follicles grow

The primordial follicles recommence growth during puberty; this is what causes menarche - the first menstrual period. There is an increase in the amount of a hormone called Gonadotropin Releasing Hormone from the hypothalamus in the brain during puberty. This initiates a cascade of other hormones. The two hormones it stimulates are FSH (follicle stimulating hormone) and LH (luteinizing hormone). To continue the cascade, LH and FSH release both estrogen and progesterone, which cause many of the physical changes in females during puberty. It is the start of fluxes in these hormones that make up the normal menstrual cycle.

The process of follicle development is known as folliculogenesis and it takes 13 cycles. The process begins continuously and the ovary contains follicles in all stages at any given time. Now that you know how females get primordial follicles, what happens to them during development? How do they grow and what significance does this have?

There are a few key stages of development:

These consist of an oocyte (a precursor to an egg) surrounded by a thin layer of flattened granulosa cells. Primordial follicles receive a signal to grow. Where this signal comes from is still debated but it is thought that these follicles receive hormonal signals from nearby cells or that they even secrete hormones which stimulate their own receptors. About 1,000 dormant primordial follicles are activated each cycle, but only a few reach pre-ovulatory stage and enter the thirteenth cycle, the rest die in a process of follicle death known as atresia. 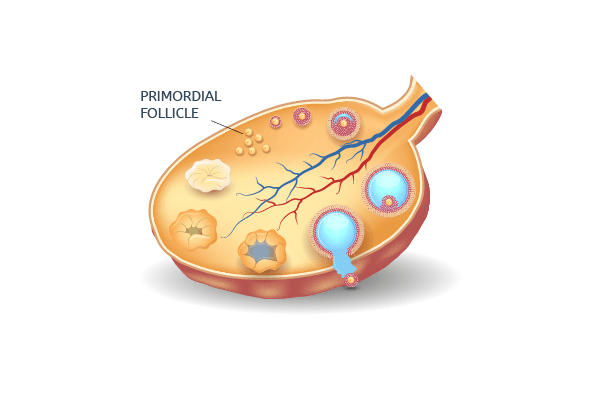 The main change in a primary follicle is that the thin layer of granulosa cells becomes thicker, and receptors for FSH begin to grow along the walls of the follicle. This is important for later on in the development. The oocyte within the follicle also begins to grow and a new layer forms around it, called the zona pellucida. This layer is important in binding the sperm to the egg and extracting its genetic contents for fertilization. 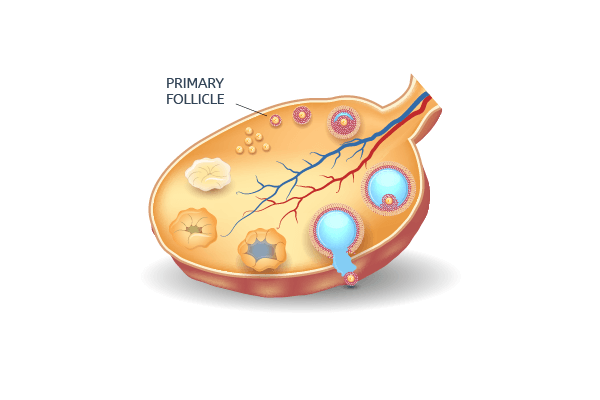 In this stage, the main changes are the addition of another new layer called the theca, and the thickening of the granulosa cell layer. These two layers work together to respond to LH and FSH and produce estrogen. The theca is the first layer enabling blood vessels to grow into the follicle. This means the follicle can now be exposed to hormones in the blood (FSH, LH) and can acquire enough nutrients and energy to grow rapidly. The third change in a secondary follicle is that the oocyte completes it's own growth inside of the follicle. 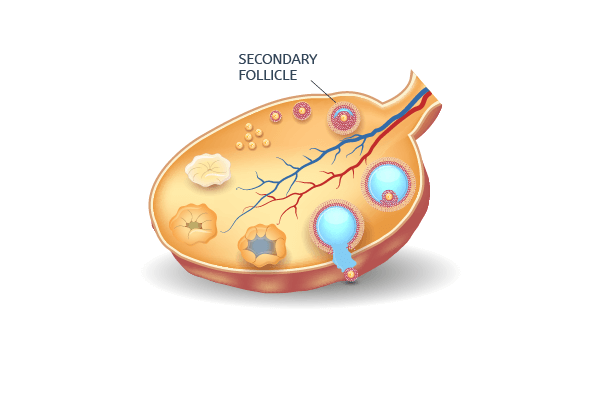 The stages up till now are known as the 'pre-antral phase'. This is because after formation of a secondary follicle, a cavity filled with fluid encompasses the oocyte. This cavity is called the antrum. The stages after this point all come under the classification of the 'antral phase'.

There are no new cell types, but this stage is hugely important in the increase in size of the developing follicle. It responds to FSH to grow in size by replicating it's own cells and responds to LH by producing estrogen. During the twelfth cycle, a few of the developing follicles are selected to participate in the final cycle. The follicle that is able to grow the largest is the one which will be successful in ovulating. This dominant follicle is selected during the follicular phase of the thirteenth cycle. 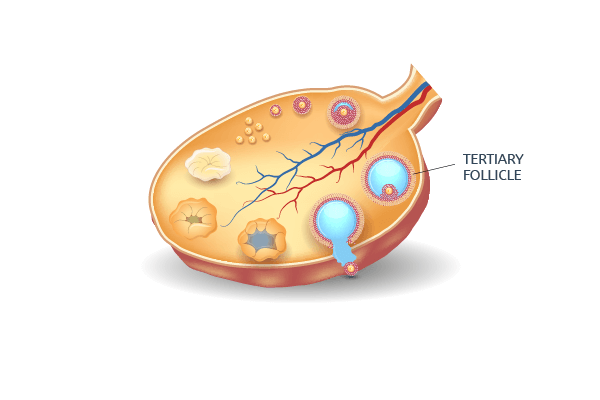 Just before ovulation, the mature follicle ruptures on one side. The release of pressure causes the oocyte to be ejected from the follicle and it is now called the ovum or egg. The ovum travels out of the ovary into the fallopian tube where fertilization occurs, and if not, it is flushed away in the uterus by menstruation. 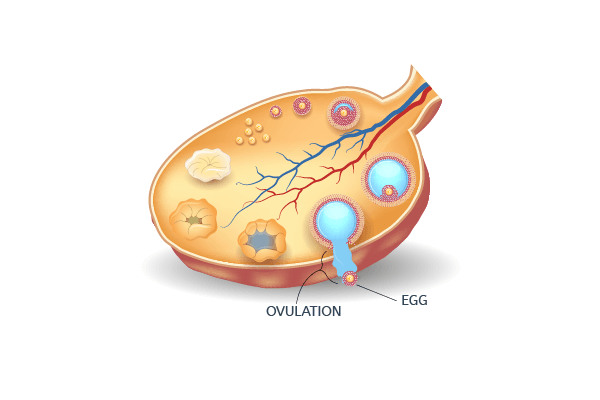 What happens to the remainder of the follicle after it has released the ovum?

It would seem like the follicle should degenerate, but it has a very important role even after ovulation. It becomes the corpus luteum and still contains layers that respond to LH and FSH by producing estrogen and progesterone. 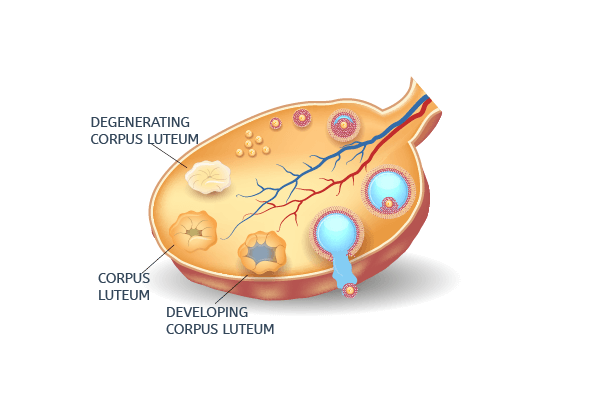 After ovulation, these increases in estrogen and progesterone prime the uterus wall for implantation of a potential embryo. Without the corpus luteum, the second half of the menstrual cycle would not be able to occur. Hence, follicles are crucial to the reproductive life of a female.

What did you learn? Any question? Leave a comment below.
Are you finding this helpful?