Why Fresh Sperm Is Best For Getting Pregnant

When you're trying to conceive, you will find no shortage of advice. Some will be great and other advice may be misleading or counterproductive.

One thing you will probably hear is that the man should "hold his sperm" until baby-making time in order to deliver the most sperm. This is the kind of advice that is counterproductive.

What you should know about sperm

A man's testicles will produce about one thousand sperm with every heartbeat - that is a lot of sperm! Once they are created, each sperm is stored in a structure at the top of the testicle that can hold up to one billion sperm.

Only one of those are needed to fertilize the egg, so it may seem like a no-brainer. Of millions of sperm, one of them has to make it, right?

Well, what you may not know is the journey of sperm is a treacherous one. Only a few, or maybe even none, will survive the journey and make its way to the egg, and then its job is not even done. It then has to be the first to penetrate the egg.

Why fresh sperm is always best

Scientists have the unique advantage of being able to look at sperm under a microscope.

It must be interesting to see so much movement in such a small space. But what they find is that not all of the movement is positive. Of the many millions of sperm ejaculated, they are not all winners. Some may even be dead before the journey has a chance to begin. Others may be deformed, having unusually shaped or multiple heads, or twitching. 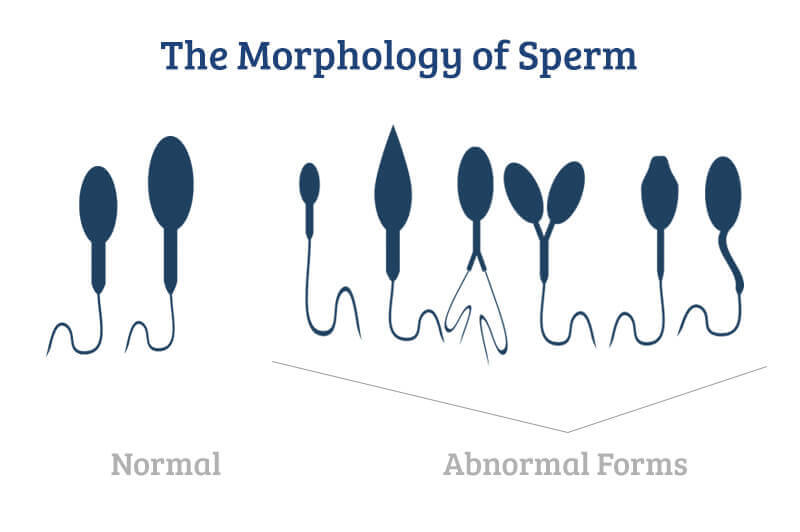 Even in a perfectly healthy, fertile man, only about 20% of sperm will be viable.

Here is the thing about fresh sperm: Sperm have a natural life cycle. Older sperm decay, and as they do, they release substances that can harm younger, fresher sperm.

So, even if you have more sperm, it will be counterproductive if many of them are old. Not only are they already dying, but also they are going to bring others down with them.

What should we do to ensure sperm stays fresh?

If a man holds ejaculation for a long period of time, say a week or two, a large percentage of his sperm will be dead or decaying - and the decaying sperm may contaminate the fresh, new sperm.

So, holding ejaculation for this long is not recommended when trying to conceive. But ejaculating too often can also cause problems.

If a man ejaculates too often, he may not have enough sperm to make the journey. It may sound complicated, but things are about to get very simple

Have sex every day in your fertile window

What else can you do help promote viable sperm?

Here are more things you should be doing to increase your chances of conception when trying to conceive.

Testicles are outside of the body for a reason - to stay cooler than inside the body. They need to be 3-4C cooler than core body temperature for optimal sperm production. Opt for loose-fitting underwear, such as boxers, and pants with a little room.

Regular exercise can help boost fertility, but the activity that often follows a good workout, a soak in the hot tub or steam in the sauna, can undo all of your hard work, so avoid hot baths and take a shower instead.

Fortunately, the damage is not permanent, so there is no need to avoid the hot baths when you are not trying to conceive.

Eat a healthy, balanced diet and be sure to stay hydrated. Consume a lot of good-quality fat and protein and stay away from sugars and junk food.

This one is important for both men and women. When you are trying to conceive, it is important to watch your waistline and eat a balanced diet.

Smoking is bad for health in general and is not beneficial for sperm production. Quit smoking and enjoy the benefits.

A few too many beers or margaritas may leave you feeling frisky, but drinking in excess may not be the best conception plan. Heavy drinking can diminish both the quality and quantity of sperm, so if you are going to drink, do so in moderation.

In order for stress to impact fertility in women, it must be extreme. Things like getting fired or losing a close family member can temporarily throw off a woman's cycle. However, stress affects men differently. It can lead to impotence and even shut down the glands that regulate the reproductive system. Even a little bit of stress can cause erectile dysfunction.

Make an effort to fit in some stress-reducing exercises, such as walks, meditation or even just sharing some laughs.

Although there are many causes of male infertility, the main underlying problems are dysfunctional sperm or a low volume of sperm in a man's semen:

Varicoceles: within the testicles, there is a spermatic cord which contains the veins that drain blood from the testes. This network of veins is known as the pampiniform plexus. A varicocele occurs when this network of veins becomes dilated and occasionally, twisted. This means that effectiveness of drainage of the blood from the testicles is limited, causing congestion in the area.

But how does this damage sperm? The increased congestion increases the temperature of the testicles. It is this heat which can be damaging to sperm and sperm-producing cells in the seminiferous tubules of the testes. If you notice a gradual decrease in the size of your testes along with dilated veins which feel like 'a can of worms', you may have a varicocele. It is a common issue present in 7% to 30% of men but can affect testosterone and sperm production.

Testicular Cancer: usually presents as a painless mass in the testes, it is most commonly caused by previous history of undescended testes, previous testicular cancer or may involve genetically inherited factors. 95% of these cancers are derived from germ cells (precursors of sperm), and hence can cause male infertility. Nowadays, testicular cancer is very treatable so if you do notice any strange lumps, see a doctor as soon as possible.

Trauma: physical damage to the testes can damage the blood vessels within them, the seminiferous tubules that produce sperm or the Leydig cells that produce testosterone. All of these can contribute to infertility.

Age: paternal age is also a relevant factor in conception. The older you are, the more likely your sperm will have some DNA damage - meaning the sperm is more likely to be dysfunctional and more likely to carry on mutations to your potential offspring. 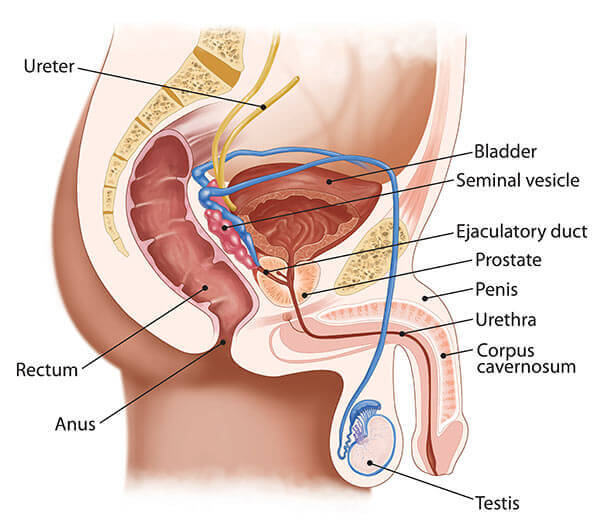 STI's: a variety of sexually transmitted infections can decrease male fertility. These include gonorrhea and chlamydia, which cause urethritis - the inflammation of the urethra. It can spread further upwards to the epididymis in your testes and disrupt normal sperm maturation.

Mumps Virus: is one of the most common causes of Orchitis (inflammation of the testicles). Like STI's, it can often inflame the epididymis where sperm cells mature.

Kallmann Syndrome: this is a condition resulting in small testicles, low testosterone production and impaired fertility. It is caused by a variety of genetic mutations and is found in approximately 1 in 10,000 to 86,000 men.

Hypogonadotropic hypogonadism: is the main hormonal cause of male infertility. It results in small testes due to a lack of testosterone production. The hypothalamus normally produces GnRH (Gonadotropin Releasing Hormone), which then acts on the pituitary gland to produce FSH (Follicle Stimulating Hormone) and LH (Luteinizing Hormone). These two hormones are responsible for initiating testosterone production in Leydig cells of the testes. Anything damaging these structures can cause hypogonadism. Examples include head trauma, tumors, multiple sclerosis, congenital abnormalities or genetic conditions like Kallman syndrome.

A variety of drugs have been shown to affect male fertility. These include:

Antidepressants: SSRI's (Selective Serotonin Reuptake Inhibitors) such as Prozac are the most commonly prescribed antidepressant but display evidence of sperm DNA damage. This affects both the functionality of the sperm and the chance of mutations being passed down to your offspring.

Anti-epileptic drugs: these drugs include phenytoin and diazepam, which disrupt the motility of sperm - making them less able to reach the egg and achieve fertilization.

Opiates: such as morphine, oxycodone and heroin (all considered narcotics), can interfere with testosterone production and decrease quality and quantity of sperm.

Marijuana: the active component of marijuana is called THC. It reduces sperm motility and production.

Could I have one of these problems?

You'll now have a rough idea of some of the causes of male infertility. If you think male infertility could be preventing you from having a baby, there are plenty of tests that can diagnose this. Once you see your doctor, they will be able to run a semen analysis. This is usually the first step in diagnosing male infertility and can detect problems with your sperm count, motility and morphology.

The journey of sperm

To understand why so many sperm are required for conception to occur naturally, have a look at the Journey Of Sperm.

How often do you have sex in your fertile window? Please leave a comment below.
Are you finding this helpful?