How Soon Can I Take a Pregnancy Test After Having Sex?

Are you tired of waiting around to find out whether you are going to see a BFP (Big Fat Positive) on a pregnancy test? If so, you are not the only one.

Note, since you can only conceive after ovulation, you need to know how soon can you use a pregnancy test after possible conception, rather than how soon after sex.

The time between ovulation and when you are set to have your next period can be absolutely torturous. But do you have to wait until you miss your period to take a test?

How soon can you take a pregnancy test?

Fortunately, you no longer have to wait until you miss your period to take a pregnancy test and possibly receive accurate results.

There are many pregnancy tests on the market today that allow you to test up to six days before your period is due. However, most tests are accurate about two weeks after possible conception.

Note, possible conception could be anytime between about one and five days after sex, depending on when you had sex in your fertile window in relation to ovulation. This is because sperm can live in the female reproductive tract for up to five days and the egg can survive for about 12-24 hours after ovulation. Learn when YOU ovulated.

Home pregnancy tests work in the same way, but some are designed to be more sensitive than others.

Pregnancy tests work by measuring the level of hCG (human chorionic gonadotrophin) in your urine.

The sensitivity of the test will be listed on the package and you can tell in two ways. First, the more sensitive tests claim to detect pregnancy earlier than those that are less sensitive.

Another way to tell is by checking the mIU/ml (milli-International Unit per millilitre) hCG sensitivity. Tests range from 10mIU/ml of hCG to 40 mlU/ml of hCG. The lower the number, the more sensitive the test.

What happens if an early pregnancy test is negative?

Every person and pregnancy is different. If a pregnancy test advertises that it can reveal a pregnancy at a certain number of days before a missed period, this is because most pregnant women will have the amount of hCG in their urine that the test can detect at that point.

It does not necessarily mean that you will have the same amount of hCG in your urine at that point. So, if you have been trying to conceive and think you may be pregnant, keep testing. 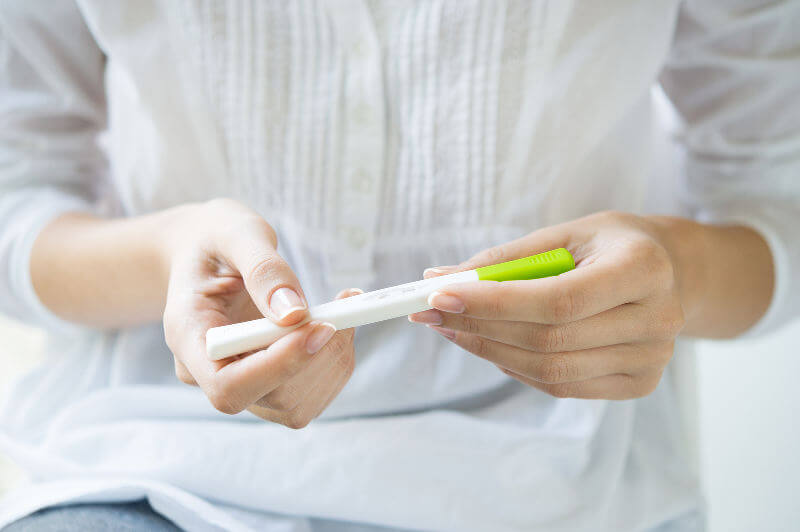 Some women (about 1 in 10) may have a low level of hCG in their urine at the time of a missed period, so if you miss your period and are still testing negative, wait three days and test again.

If you still test negative and think you may be pregnant because you have other signs of pregnancy, visit your doctor for a blood test. A blood pregnancy test is more sensitive than an over-the-counter home pregnancy test and should be able to accurately determine whether you are pregnant.

Is it possible to get a false positive?

If you get that BFP (big fast positive) and are not entirely convinced, feel free to test again in a day or two. Most pregnancy tests are sold in multiples, so you may already have another one on hand. If your first result was, in fact, a false positive, you will probably not get the same result a second time.

Since pregnancy tests these days are so much more sensitive than ever before, they may be able to pick up on what is called a chemical pregnancy. This occurs when the pregnancy is lost shortly after implantation. In the past, most of these pregnancies would go undetected because they were lost before a woman could even test for pregnancy.

It is always a good idea to confirm a positive result with a blood test at your doctor's office.

Have you used a pregnancy test? How long did you wait? Please leave a comment.
Are you finding this helpful?